The exhibition draws parallels between the 18.century and the past. The past is illustrated through selected objects from the museums 18.century collections, here among textiles and fashion. The present is represented by the British-Nigerian artist Yinka Shonibare MBE and the three Danish fashion artist, Nikoline Liv Andersen, Laura Barüel and Anne Damgaard. 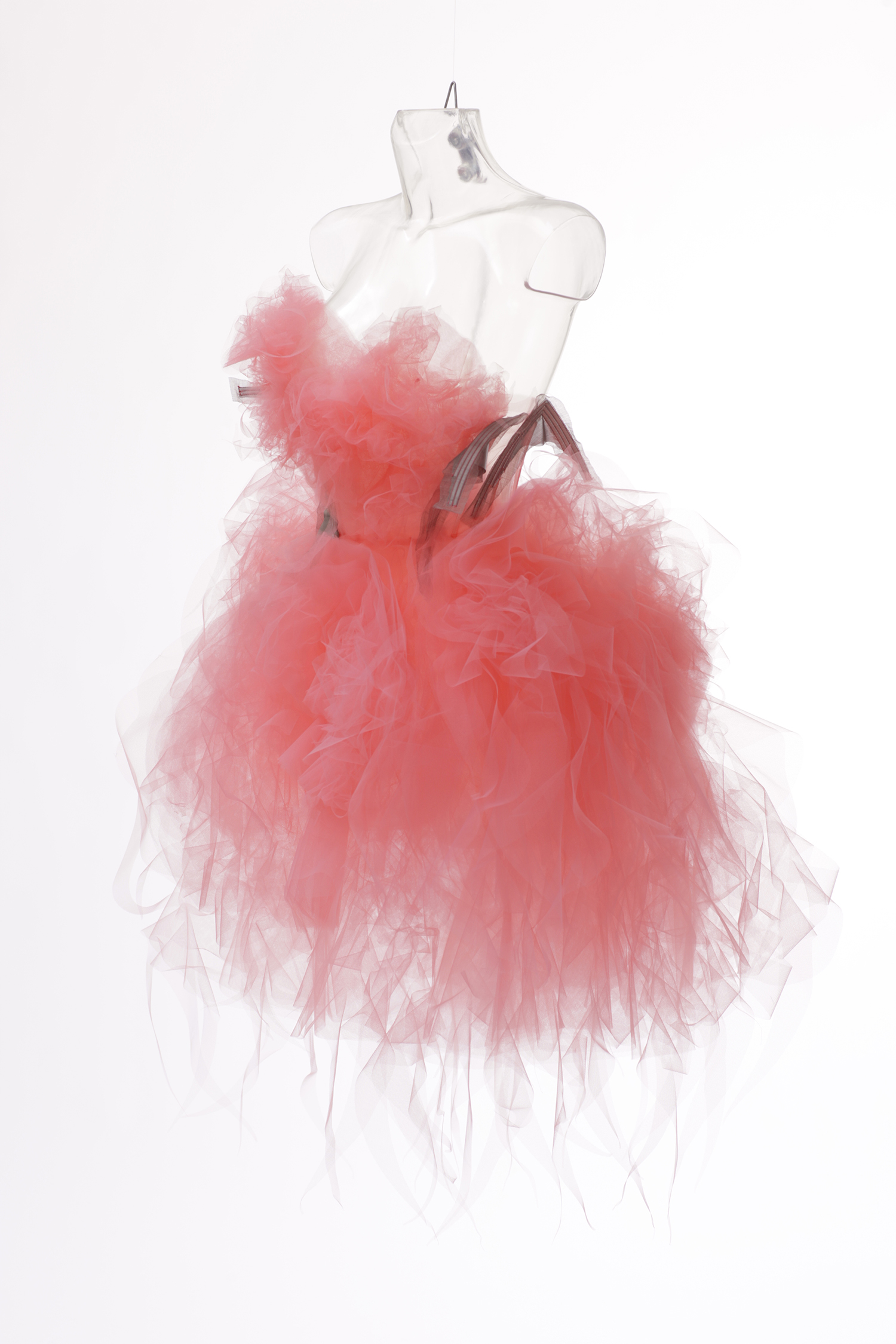 ‘Melankolyst’
Fashion artist Anne Damgaard creates unique sculptural dresses, often as part of a collection. For this 18th-century-focussed project, ‘Melankolyst’, that highlights the period’s most important style –rococo, Anne has been most influenced in her studies by states of mind such as escapism, indulgent reverie, melancholia and fear of death. This period in history offered the royal courts of Europe and the upper classes relentless opportunities for pleasure, self-staging and consumption, not to mention an endless resource of people for them to use. Often, the result was a kind of despondency, loneliness and loathing of life – a scenario that Anne Damgaard recognizes in our own era and in our own overindulgent part of the world. Like many other clothing designers before her, Anne Damgaard has been influenced by impressions of fashion and costume history, and she has in the past worked with deconstructing both the corset and the bustle. The language of form in the exhibited dresses is light and elegant, ovoid sweeping lines and ornamentation with intricate cutting that borders on the opulent – overstated yet dreamlike. Each dress is an artwork in its own right and it tells its own story – and each dress always relates to one singular basic form: the woman’s body. A common trait shared by all of Anne Damgaard’s dresses is their sense of sensuality, lightness, vitality, organicity and great femininity.
Anne Damgaard pushes the boundaries of the well-known dress in terms of modern fabric expression, and each work exists on the crossover point between classic dress and modern art. 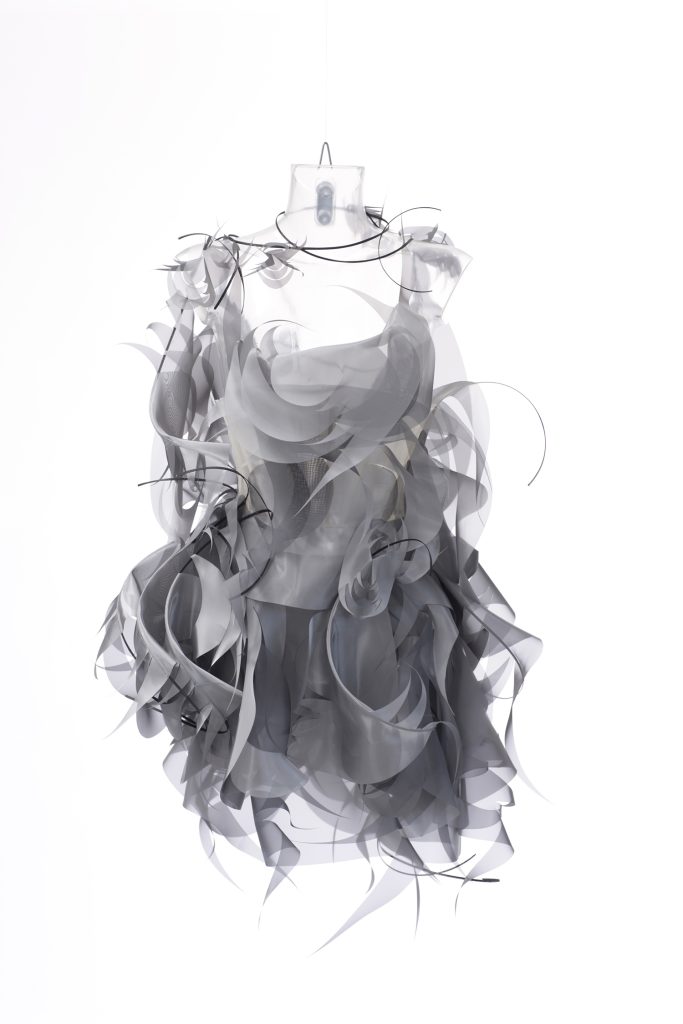 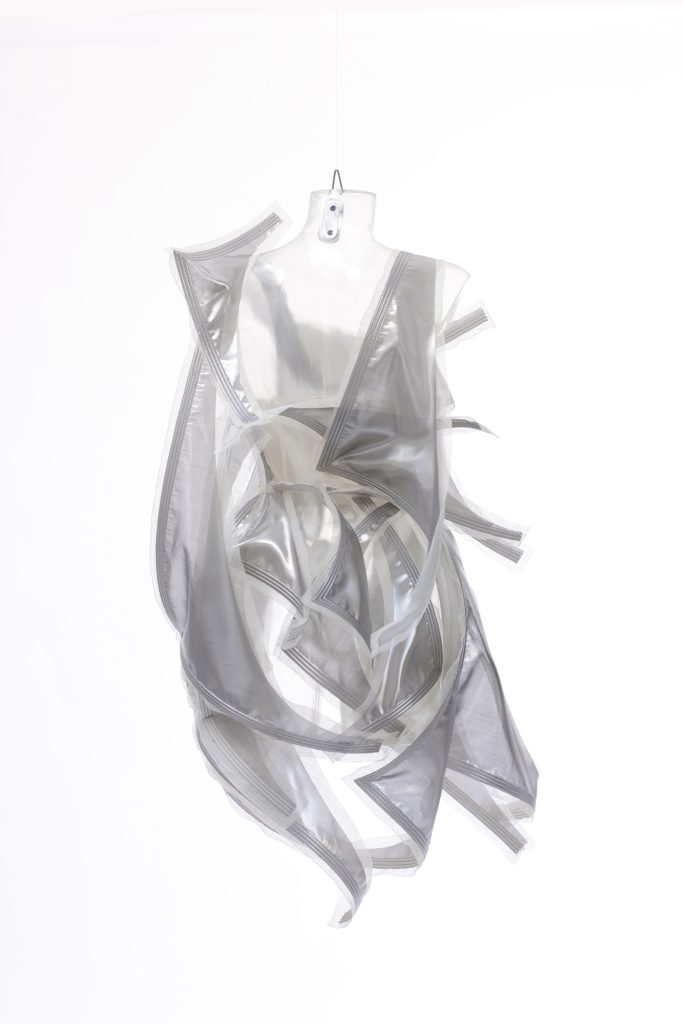 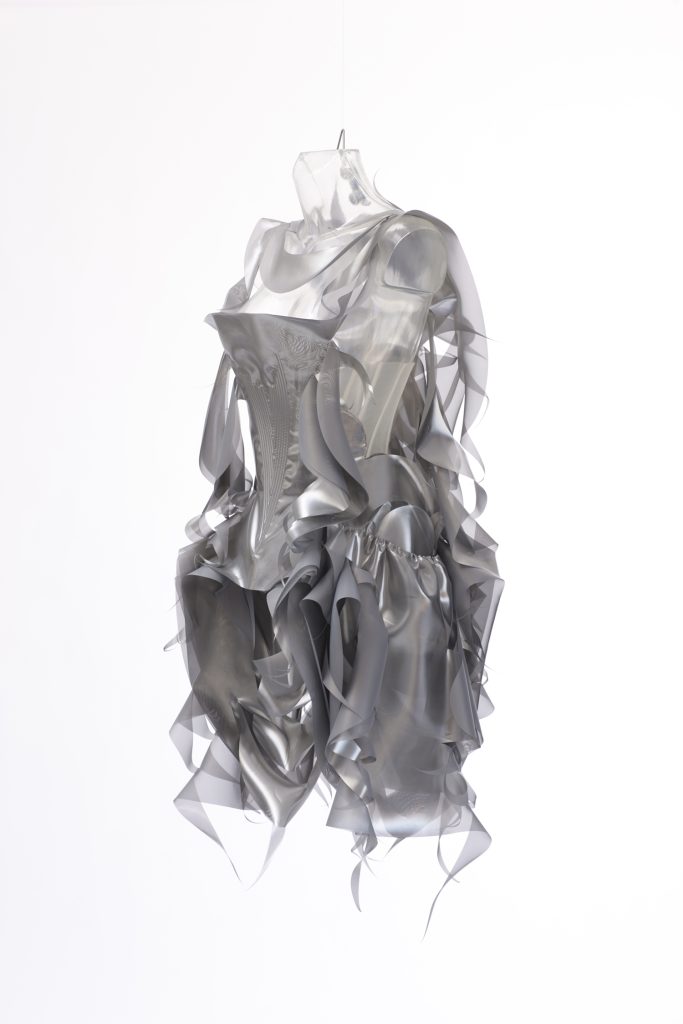 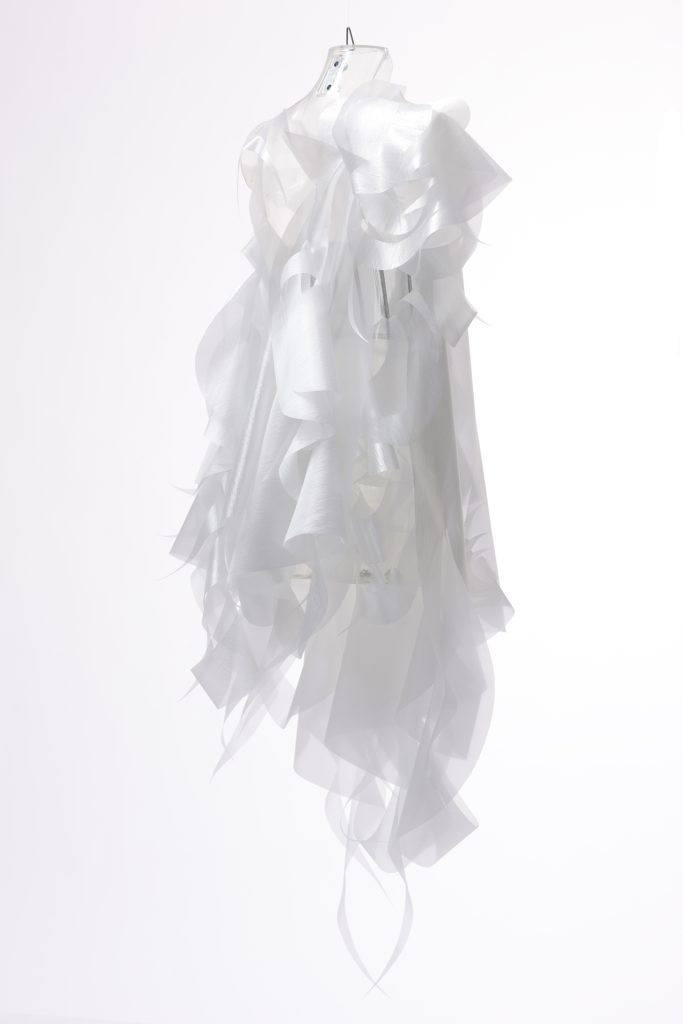 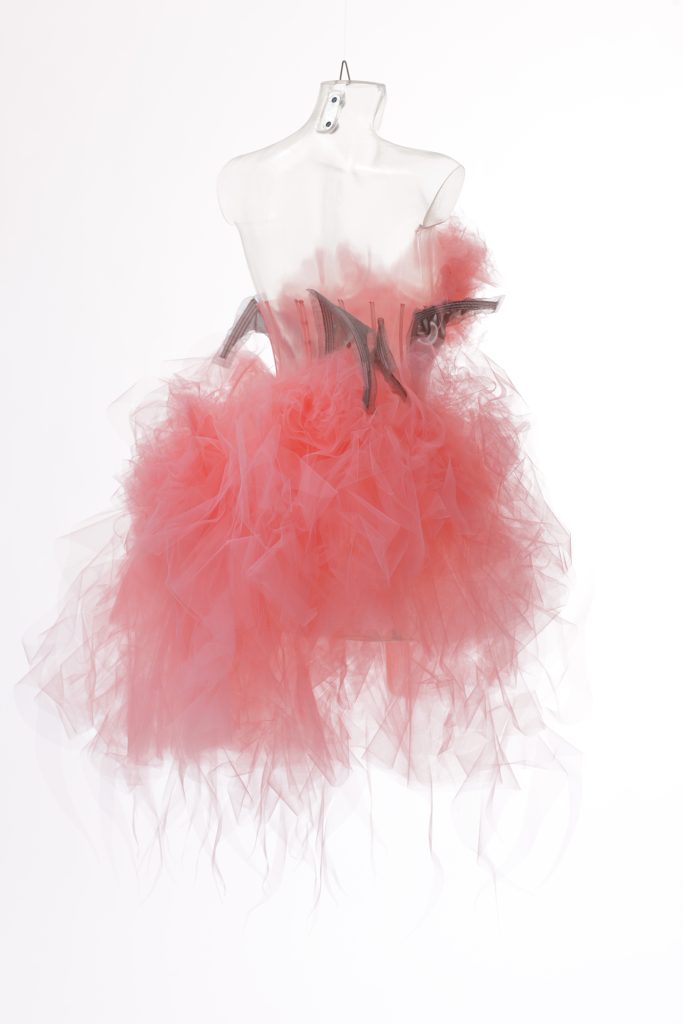 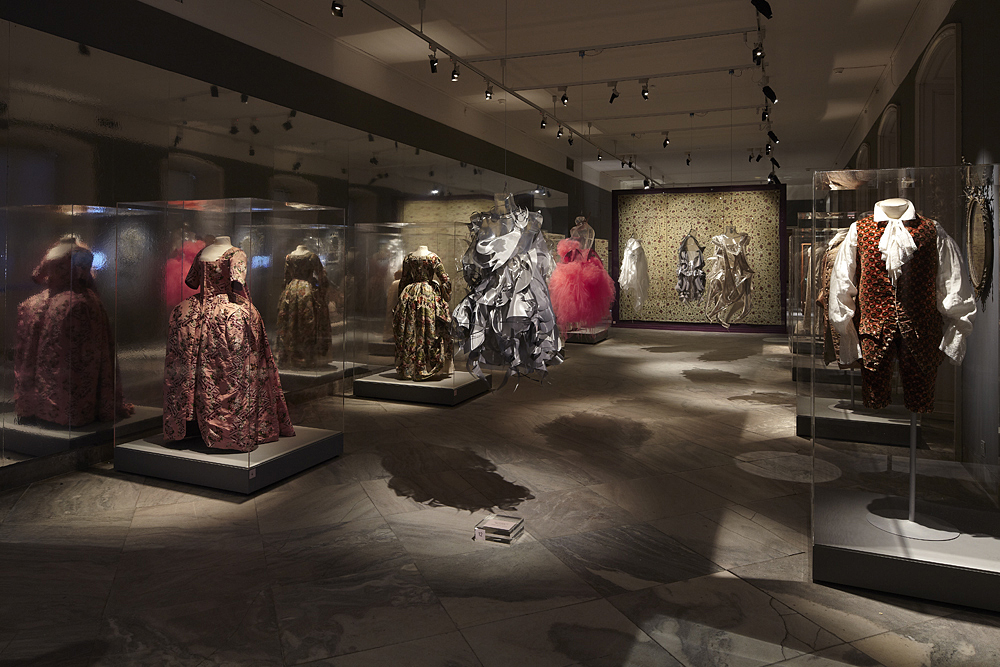 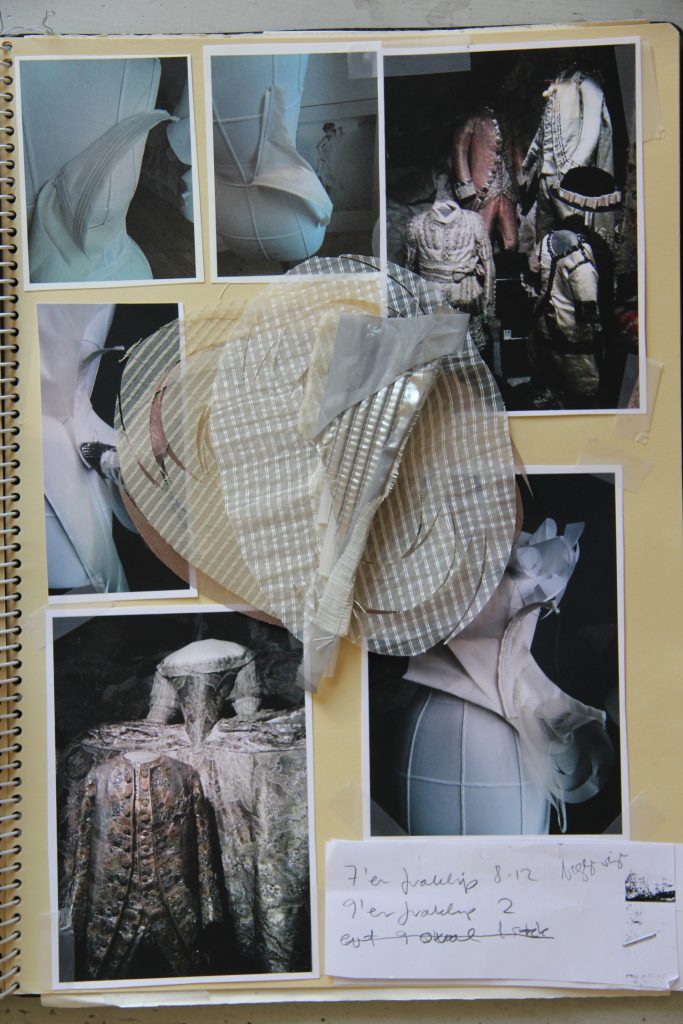 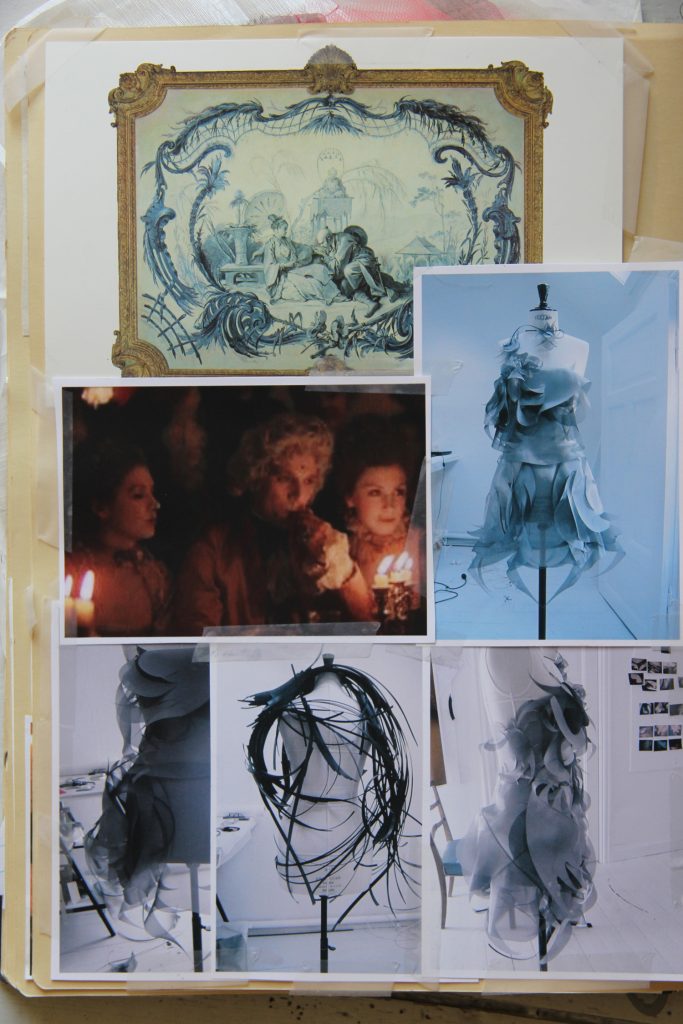 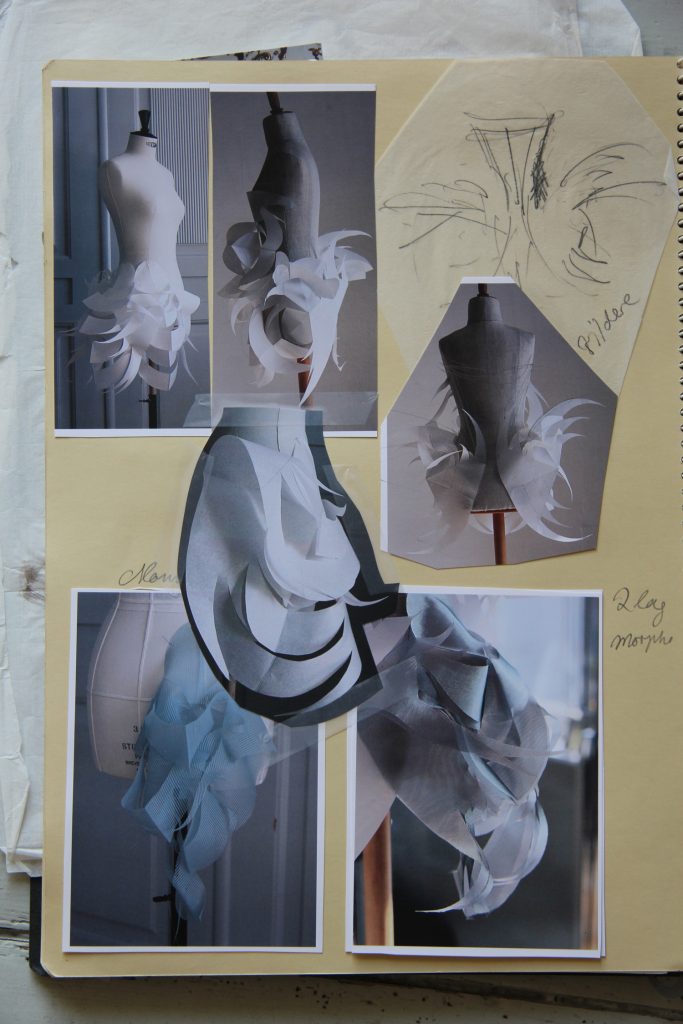 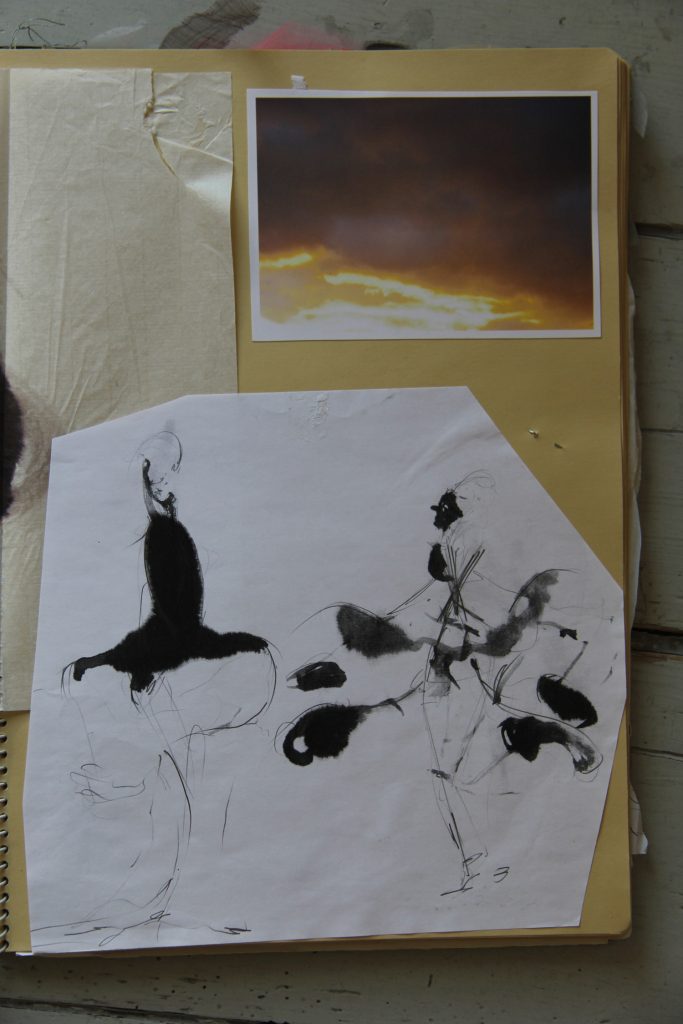 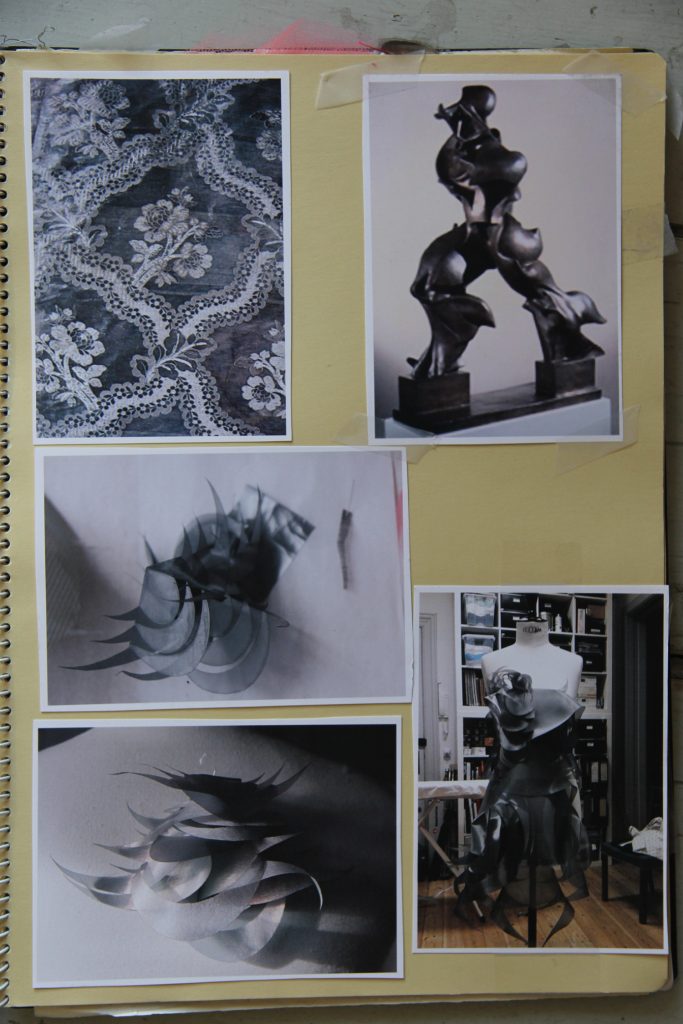